So it’s been a long time since I’ve written anything – it’s tough keeping up with the blog with real life taking a front seat (a second kid will do that!). But as things are slowly settling back down, I’m hoping to get back into it more regularly. I know at least a certain loyal Australian reader will be happy with my updates. Pester me no more, Logan! Let it also be known that I’m writing this in a (literally) fever-induced state, so forgive me if I ramble more than usual.

First thing to discuss is the absolutely mind blowing fact that I was not only nominated, but also officially selected as a Warhammer Hero! For those that may not know, the prestigious accolade is only awarded to a handful of people internationally, and are nominated by members of the community. You can’t nominate yourself. This in and of itself means you’ve got to have a meaningful impact on those in the community to even be recognized as a worthy candidate, but for the Warhammer Community team to have sifted through what was likely thousands of applicants to decide on a handful is insane to me. I am humbled beyond words.

The awards banquet is at Adepticon this year, which is not the ideal location for me to travel to, all things considered. But, through the good graces and infinite levels of love my wife has for me, I was able to find the time to actually book a hotel and flight to Chicago for the event. If y’all need me to put it into perspective, I’m leaving my wife and two young children for two days while I go accept an award for little toy soldiers. All while she works a night shift job at the hospital – the woman is a saint. I can’t thank her enough for supporting me in receiving this award.

This will be my first real convention experience, too! I have no idea what to expect. If any of you reading this have any tips or, indeed, are attending yourselves, let me know! I would love it if I could meet up with some people out there, as I’ll be totally alone!

In addition to the awesomeness of the Heroes nomination, this past month saw a whirlwind of teasers (and ultimately a release preview) of a new set, which is essentially a new starter box. The teasers for Shadowspear promised to be full of goodies, and it did not disappoint. The chaos side of the set is amazing, it really brings the Heretic Astartes up to speed in terms of modernity. I have no complaints about any of their stuff, it’s all slick and what anyone would come to expect from an updated chaos line. It makes me want to go back to the dark side!

The loyalist half isn’t anything to sneeze at, either, though I have some minor personal issues (but nothing really outrageous). Most notably with the included mini-codexes. Eighth edition was supposed to be streamlined without much bloat, but good gravy I’m traveling around with 6-7 books now if I need to stay legal, add another book if I wanna bring these guys! I do like the Suppressors’ huge-ass-cannon mounted on an airborne superhuman warrior, I really dig that aesthetic. Which is a shame because I feel like most of the community doesn’t like them (though it could just be diverted hatred for the flying stands). To me, it feels very appropriate for a Space Marine. I do like the “scouts” with their smoke grenades and scoped bolters, which also feels appropriate. But the sniper marines, however cool they are, just don’t jive with me. For decades, Space marine scouts were the inductees of the various chapters; does this mean they’re phasing out scouts and, as a result, altering the fairly rich legacy of space marine lore?

With the eventual shift to all-Primaris marines, which shouldn’t be a surprise to anyone, is this how they’ll justify it? All vat-grown super-chads that void the need for the older scouts and the roles that they filled? It’s a bittersweet feeling for me. On one hand, I like the way they’re handling it – it makes sense. If you’re going to remove entire units for eventual replacement, simply give a Primaris version of the older units and call it a day! The lore makes sense, even if it’s jarring to some old veteran players. There’s no real plot holes; but it does feel a little ham-fisted at times. We get beefy new sculpts that are gorgeous, modern, and imposing. However, on the other hand, I’m reluctant to love them – they signal the final moments of the older marines. My scouts, my old tactical marines, everything – they’re all on the chopping block. And my disdain isn’t strictly in the sense of, “I paid money for these, now they’re unusable,” which seems to be a large part of the stigma. I’ll be the first one to defend the new kits as being better, the older kits had decades (!!!) of time in the spotlight, they needed replacement. These kits are great, and are empirically better than the outdated older kits.

Primaris sniper marines are cool. The new sculpts are awesome. Take off any rose-tinted glasses you may be wearing out of stubborn pride for the models and redirect the angst to where the real issue lay, in my opinion. My only real gripe lies in what it means for the lore. There was so much compelling story from how marines were inducted as scouts, which lended a great deal of credence to the whole warrior-monk vibe the Astartes were known for. My hesitation, and what I can only assume is the shared unvoiced sentiment of many in my position, is that these are no longer warrior-monks living in fortress monasteries with robed servitors swinging censers in shadowed halls. These are armies of Halo’s Master Chief. A tacticool airsofter’s vision of the Grimdark.

Is it a bad thing to change? Of course not; change is good. But dammit I’ll sit here being just a little bitter about it for a while until they release the next hotness that I have to buy. One of the negative effects of being involved with the hobby for well over two decades is that I get these twinges of nostalgia that poison reasonable thought regarding the new shiny releases. I’m not so clouded of judgement to say these changes are bad, they’re not. But it’ll definitely take some getting used to.

Let me know what y’all think in the comments! And don’t forget those Adepticon tips, or let me know if you’re attending! 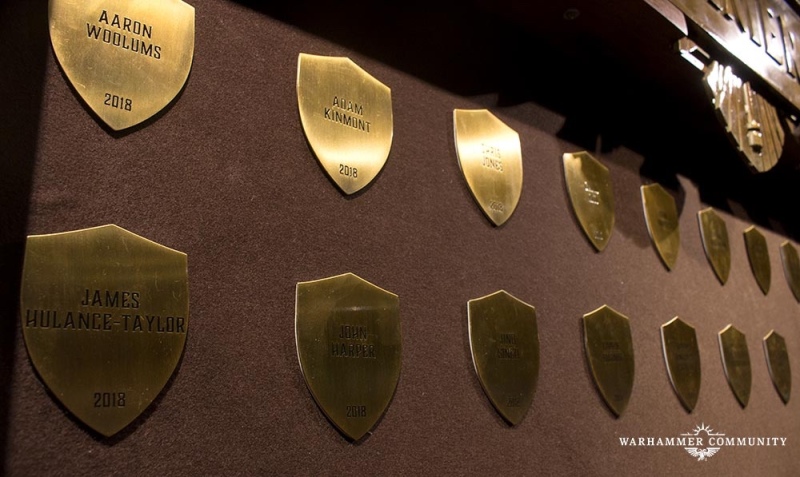