If you’re not following me on Instagram (and just why aren’t you?) you’d otherwise notice my absence of my sometimes-once-a-month postings.  Well, I have a good reason!  My son was born at the end of May, and I’ve been absolutely overwhelmed by the little man, he’s so cool!  My wife is a rockstar, and my daughter is enamored with the dude.  Life’s pretty great — just less hobbying for a few months.

Bear in mind I said less hobbying, not none!

I’ve built and painted three out of my four Legio Astorum knights, most recently the Knight Castellan, Games Workshop’s most recent release!  It’s a beastly model, but I wasn’t taken by it immediately.  The height wasn’t something to be desired, and I felt it didn’t have the stature of a knight with a statline that it possessed.  That is, until I saw one of my instagram buddy’s shop on Shapeways. Hell. Yes.  With the torso extender I would be a happy man, and immediately ordered both the knight and extender!  Of course this meant I needed a couple more LED’s from my supplier.  So between bottle-feedings, late nights, and napping kids, I was able to hammer this bad boy out in a couple of days, one hour at a time.

On the Endimius Campaign front, I have exciting news.  Albie, the project’s de facto lead developer, has knocked out a website that is incredible.  He’s been coding on his free time for a few weeks and it shows – an entirely scratch built animated map, menus, and all sorts of good shit.  He’s taken some of my Werble animations I’m so fond of on my Instagram account and used them to animate the actual planets on the map.  He’s a madman and he fucking rules.  The site is animated, its got hover-overs, its got all the lore and missions and shit that I am so excited to share with you all.  But it must wait a little longer, it’s so close!  Get your armies painted and ready, and prepare to conquer the sector for whatever deity you follow.

New Kill Team was announced, too!  This is great news, and a welcome return to the small scale games of 7th Edition Kill Team.  My school’s gaming club will have a good time with this, as traditional Warhammer 40,000 matches take a little too long to effectively play in our 45 minute lunches.  I’m excited for the new terrain, but it’s a bittersweet feeling as I really have a soft spot for the ‘old’ terrain sets, of which I have a sizable collection.  My hope is that the two visually mesh well and look good side-by-side on the tabletop.  I think painting the new stuff in a darker grey instead of the limestone color they’ve shown it in will tie it together. 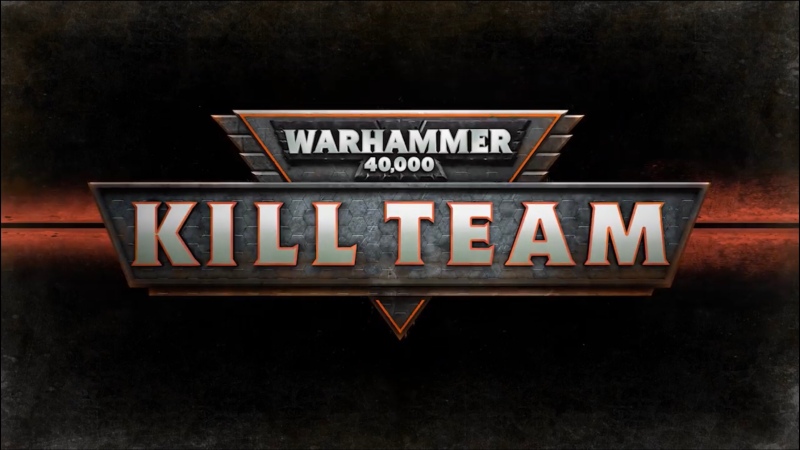 So that’s it for now!  What are y’all looking forward to?  Are you going to join the Endimius Campaign?  I’m excited to get back to work after a summer off to get the school club running again!